For all our recent announcements, along up-to-date answers to the many questions you may have, please click on the link below.

Theatre Calgary was founded on July 1, 1968 and was Calgary's first professional theatre company. Our first Artistic Director was Christopher Newton.

Your cart has expired

Your order contained expired items and your shopping cart has been emptied. 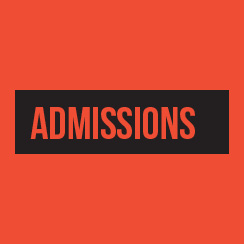 As the admissions director at a New England prep school, Sherri Rosen-Mason aims to change the school for the better through increasing inclusivity and diversity. When her son and his black American best friend both apply to Yale, Sherri’s vision for her son’s future gets in the way of her liberal, white beliefs. Admissions is yet another stunning, raw, honest and hilarious depiction of humanity by Joshua Harmon, the author of Bad Jews.

Unfortunately, tickets are no longer available online for this event.

There was an unknown error while attempting to reserve your seats.

If you find this message in error, please check your reservation request and try again or contact our Audience Services team at 403.294.7447.

This field is required.
The amount must be greater
Please enter a number that contains a decimal (XX.XX).